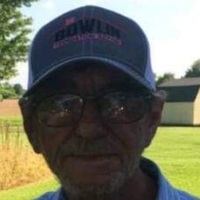 Harold Wayne “PeeWee” Holland, 71, of Crowder, died late Wednesday evening, May 5, 2021, in Pope, at the home of Jimmy Rowsey after a battle with heart disease.

PeeWee was the longtime companion of Bella Killough Michael. He was born Aug. 13, 1949, at Lambert,  to the late James and Betty Jo Terry Holland.

Funeral services will be 1 p.m. Monday, May 10,  in the Martin Willingham Memorial Chapel of Wells Funeral Home with the interment to follow in Forrest Memorial Park. The family will receive friends Monday beginning at 11 a.m. prior to the service.

In addition to his parents, PeeWee was preceded in death by one brother, Terry Dee Holland.