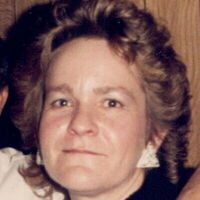 Minnie was born on April 15, 1951, to the late David John Thomas Green and Mary Louise Jenkins Green in Stover. After growing up in Lambert and meeting the love of her life, Mr. Carrol Robertson, they moved to Chicago where he was employed.

Minnie and Carrol moved back to the Lambert area where they were joint business owners of Robertson’s Grocery Store. Minnie also worked as a factory worker at Garan’s in Lambert and at Barth Manufacturing in Marks.

Minnie was a loving and kind wife, mother, and grandmother. She adored her grandchildren and would “take the shirt off her back” for them, or anyone in general. She enjoyed spending time with friends and family, and going shopping. Minnie also had a love for sewing and listening to gospel music, especially Alan Jackson’s music.

Along with her parents, she is preceded in death by 6 brothers and 9 sisters.